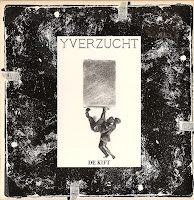 De Kift was formed in Holland in 1988.
This one here is their first album.
Great energy in their music, which reminds me of The Ex.

The band has a very cool website, check it out Here


Ripped from vinyl at 320 kbps
Enjoy
Pubblicato da snotty a 01:30 No comments:

Pubblicato da snotty a 21:10 No comments:

Email ThisBlogThis!Share to TwitterShare to FacebookShare to Pinterest
Etichette: Alt-Indie

Email ThisBlogThis!Share to TwitterShare to FacebookShare to Pinterest
Etichette: Alt-Indie 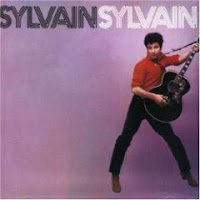 It is often forgotten that Syl Sylvain co-wrote many of the New York Dolls' best songs, but he did. While this album will forever be compared to the classic first solo albums by Syl's fellow ex-Dolls, David Johansen and Johnny Thunders, this record is good enough to be judged on its own terms. The material here is strong, and it is more of a lighthearted '50s rock & roll affair than might have been expected. Two of the songs, "Teenage News" and "14th Street Beat," date back to the final days of the NY Dolls. These versions are fantastic and inevitably lead to singalongs. However, the real standout is "What's That Got to Do With Rock 'n' Roll?." It's an undeniable song, so much so that mainstream radio picked up on it at the time. The playing is really loose in a good way. Not sloppy by any means, but played, sung, and produced with an appreciation for what made rock & roll fun in the first place. (allmusic.com)

CHECK OUT MY DISCOGS SALES

Check my records on sale on Discogs

This blog is for preview purposes only and all music downloaded from here should be deleted within 24 hours. If You like music.. You should buy it and support the artists.