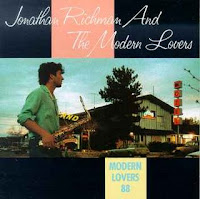 One of Jonathan Richman's better '80s efforts, and certainly one of the most basic, performed in an acoustic trio format. It's nonetheless quite rocking, with heavy debts to doo wop and Bo Diddley rhythms, and a jolly (though not sappy) summertime campfire feel. Some of his best uptempo tunes are here, including "I Love Hot Nights," "California Desert Party," and "Gail Loves Me." (Allmusic.com) 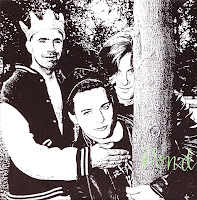 Of the many Pacific Northwest bands signed to Sub Pop following the great grunge gold rush of '91, Pond never earned the critical hosannas and commercial rewards heaped on many of their contemporaries, but their records have withstood the test of time surprisingly well thanks to a knack for smart pop hooks that perfectly complemented their post-punk angularity, and effectively anticipated the emergence of emo years ahead of the fact. Pond's Jon Auer-produced Sub Pop debut single immediately proclaims the group's strengths -- both "Wheel" and "Cinders" boast driving, taut melodies, surprising structural intricacies, and the spirited vocals of Charlie Campbell. And what no doubt seemed out of step with the prevailing musical tastes of 1992 now sounds positively 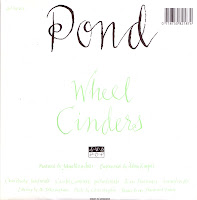 timeless as the years continue zipping past. ~ Jason Ankeny, All Music Guide

More info about the band here

Tracklist
a1 Wheel
b1 Cinders 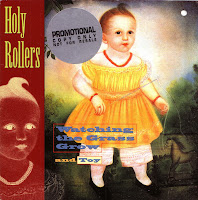 THE HOLY ROLLERS are a three-piece from Washington D.C. They formed in 1988, with the line-up of Marc Lambiotte on guitar and vocals, Joe Aronstamn on bass and vocals (both Marc and Joe used to be in Grand Mal and Law of Fives), and Maria Jones on drums and vocals. In 1990, they released an album, "As Is" on DISCHORD RECORDS. "Fabuley" (a made-up word expressing extreme joy) followed that album.

Eight of the ten tracks on "Fabuley" were recorded at Inner Ear Studios, produced by Ian MacKaye, Don Zientara & Holy Rollers. The other two tracks were recorded on a 4-track and were produced by Geoff Turner (Gray Matter, 3) Charles Bennington & 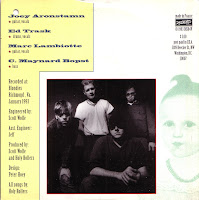 After recording "Fabuley", Maria Jones left THE 'ROLLERS to pursue other projects in San Francisco, and was replaced by a temporary drummer, Christian Smith.

At the beginning of 1992 THE HOLY ROLLERS met drummer Ed Trask through mutual friends. Shortly after their introduction, Ed moved from Richmond, Virginia to join the group. The newly restored three-some quickly embarked on a US tour the following Spring. Upon their return home, they decided to invite a fourth member into the band. With the addition of fellow Richmond native, Chris Bopst, Joe Aronstamn moved to guitar.

In 1994 they ran into further drummer problems as Ed Trask quit the band to join Kepone. Joe wants to eventually put out a new record and focus on touring the US heavily after finding a replacement drummer.

CHECK OUT MY DISCOGS SALES

Check my records on sale on Discogs

This blog is for preview purposes only and all music downloaded from here should be deleted within 24 hours. If You like music.. You should buy it and support the artists.